Oman has played a critical role in geopolitics of the Persian Gulf. Oman played a discreet role in the Iran-Iraq War. British Intelligence Cables reveal covert meetings between Iraq and Oman were conducted on 25th September 1985. Days later when Iraq invaded Iran, Sultan Qaboos informed US & UK that it would be engaging Iran to protect the Strait of Hormuz, however later Oman backed off after US & UK talks. Knowing the significant shia population Oman has, the Omanian sultanate maintained relatively neutral stand with Iran publicly with diplomatic visits & opening up relationship with Iran in 1985 & 1987. Oman maintains good ties with UK & Saudi Arabia and played a key role in providing back channel talks with Iran for establishing JCPOA (Iran Nuclear Deal) between Iran, European Countries and United States.

The recent visit by Israeli PM Benjamin Netanyahu last year to Muscat raised quite a flutter in Gulf Arab States as Omani Foreign Minister openly stated it is time to recognize Israel as state and hinted may be others in the region should follow suit. The recent visit of Benjamin Netanyhu to Muscat holds significance as Oman’s Sultan Qaboos bin Said health has been quite frail leaving a lot of room of speculation for a plan of succession. Muscat opening up to Tel Aviv has a lot to do with shoring up stability of Omani sultanate, who wants to move away from its dwindling Oil & Gas that would not last beyond two decades and diversify its economy specially agriculture in which Israeli technology can really help Gulf monarchy shore up its revenue and reduce budget deficit through its Oman Vision 2040 plan.

Oman has allowed Israel national airline El Al to use its airspace for overflight. Oman has also been the meeting point of Indo-Israeli collaboration providing access to Indian IT talent in Oman and easier access for Israeli companies to Indian markets through Oman. Oman has further diversified its defence partnership with countries like India by signing an agreement in February 2018 during Prime Minister Narendra Modi visit to Muscat, allowing Indian Navy to berth at Port of Duqm. Oman has recently in March 2019 allowed US military to take advantage of its port and airports by hosting its warships and aircraft’s, particularly at the port of Duqm. The access to Omani ports provides vantage point to US military of oversight at Strait of Hormuz which Iran has repeatedly threatened to block, along with overseeing maritime trade through Red Sea channel and launching anti-piracy missions across Persian gulf off the coast of western Africa. Oman opening to US & Indian military also plays a crucial role in Yemen Conflict and in carrying out anti-terror operations on Al Qaeda (AQAP) in Yemen.

@TheTomar: Be it #TiananmenSquare or the #ArabSpring food prices were at the heart of it. This could get really messy. Are we heading into #ArabSpring2? https://t.co/fFItrrV9Jv 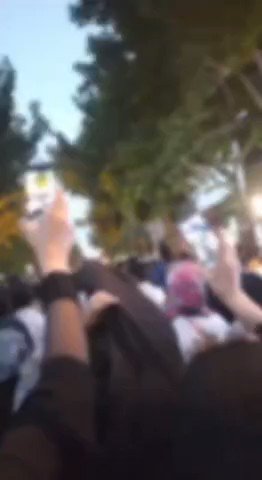