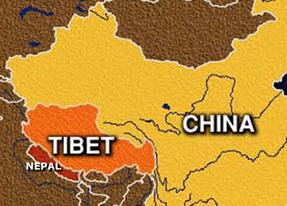 Tibetan refugees transit through Nepal as they flee persecution at home and toward freedom in India or beyond. They leave because of China’s increased crackdown on religious freedoms, Communist Party control of Tibetan monasteries, and clampdown on Tibetan political activities. Unfortunately, these abuses inside Tibet are being exported to Nepal under pressure from the Chinese Embassy there.

An article in Time on July 17, 2012, says, “Since the Dalai Lama fled in 1959, Nepal has played a critical role for the Tibetan exile community, providing safe haven and a passageway to India. But in recent years, Nepal’s hospitality has waned — and the reason, many say, is China’s growing influence on the country’s political elite.”
For many years, there had been an informal arrangement in the form of a “gentleman’s agreement” between the United Nations High Commissioner for Refugees (UNHCR) and the Nepalese Government by which the Nepal facilitated safe passage of Tibetan refugees to India. This agreement remains intact, but it is vulnerable. Tibetans trying to flee into Nepal today have to face great suffering at the hand of Nepalese security authorities. There have been reports about Nepalese security personnel “apprehending Tibetans far inside Nepal, robbing them, and then returning them to Tibet at gunpoint, where they are typically imprisoned and not uncommonly tortured by the Chinese.”
Jon Kraukauer, who wrote an investigative article in The New Yorker titled, “Why is Nepal Cracking Down on Tibetan Refugees” on December 28, 2011, says, “These violations of the U.N.H.C.R agreement and international law were bought and paid for by Beijing.” He also quotes US Embassy officials in Nepal as saying, “Beijing has asked Kathmandu to step up patrols…and make it more difficult for Tibetans to enter Nepal.”
China is spending a lot of money in Nepal to develop infrastructure. In return, Chinese officials demand that the Nepalese shrink the space for Tibetans to live and speak. At the same time, there is a diversity of voices inside Nepal, and many Nepalese recognize and cherish the long-standing Tibetan Buddhist heritage in their country. The U.S. government has done a good job in promoting this diversity and respect for the rights of Tibetans in Nepal. We ask the Committee to urge the State Department to keep up this effort.
But also, we ask Congress and the Administration to look at Nepal through the strategic lens of Chinese ambitions among its neighbors. Just as the State Department and Pentagon have focused attention on China’s posture toward its southeast in the South China Sea, they should also take a close look at China’s southwest, and its power projection through Tibet and into Nepal.
“Some pictures of Crackdown on Tibetans in Nepal”