Beijing’s stated overall approach to regional security relations might be summarized as follows: 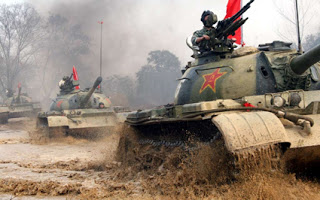 This is the picture painted by Beijing’s own brush strokes, some meant to be seen by the world as new and others as a consequence of China’s style. It is a picture at variance with Beijing’s traditional bullying and blustering behavior toward its neighbors, and it is very different from what many might anticipate as China’s approach to security relations with the peripheral states in the coming years. It is, of course, not possible to forecast with confidence how Beijing will proceed. Nevertheless, it is possible to apply this purported approach to an examination of China’s relations with its various neighboring states, test how Beijing is now proceeding by looking at current events, and thereby speculate in a more informed way about what this decade will bring with respect to the Chinese military and the peripheral states.
A cautionary note in order at this juncture, however, Neither the 2012 White Paper nor other Chinese statements and actions, official or otherwise, suggest that the “Taiwan problem” can be pursued along the lines suggested above for handling regional security relationships and resolving disputes with neighboring countries. Taiwan is painted as an internal, not a regional, issue. Similarly, Beijing would not consider that matters of contention concerning Tibet, Xinjiang, or Inner Mongolia would fall within the rubric of disputes “between China and neighboring countries.” Beijing sees all these as internal matters, about which its attitudes have changed not at all and for which significant change is not now foreseen.

h J R
RT @TheTomar: Great step by the Indian government. This is the making of an Indian Military Industrial Complex.